No shipping on Monday 25th January 2021 due to excessive heat policy (>40 degrees). Store remains open for orders. We are working Australia Day. 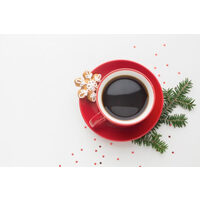 
When the travel coffee solution let's you down 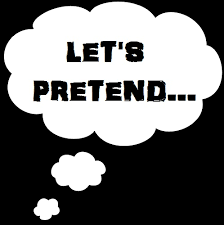 Running an online business means you we can never seem to get time off - we work weekends and public holidays throughout the year because our product is all about freshness - we are not unique or special as it's precisely the same for bakers, fishermen and dairy, a never-ending cycle that goes round and round.

So we pick just 3 or 4 days a year at Xmas when we know that shipping providers have ground to a halt so we can have our brief break. We can't drive far or fly anywhere because most of the time spent in transit means you can't easily relax, hence we pick somewhere close and try to enjoy just a couple of days in luxury.

The new RACV Cape Schanck resort seemed like an ideal destination. In past years, we have enjoyed their Torquay resort - it's reachable within a reasonable time and the extensive breakfast buffet fits my idea of nirvana - food induced coma from too many plates of bacon, eggs, hash-browns and sausages that defy the Heart Foundation's tick of approval.

However, it's the coffee arrangement that always grabs my attention more than the smoked salmon and yet again this fusspot was foiled by incompetent and short-sighted corporate decision making.

Accustomed to regular streams of caffeine in my blood, separated from my beloved La Marzocco GS3 and Mazzer Kony-E, the onset of an irritating caffeine deprived headache are clearly apparent.

As an early riser, I'm accustomed to downing double shots before 5am, so by the time breakfast rolls around in the Cape restaurant, my testy demeanour is well and truly justified - just don't stand between me and the coffee dispenser.

Like all hotels these days, the RACV shares a common laziness and disdain for quality coffee. Plonk down a Nespresso system and they close their eyes an imagine all coffee problems are magically solved.

Offer an extra charge coffee option over the price of the expensive $600 per night room charge and that entitles the hotel to a "get out of jail" card if the Nespresso system fails to meet a customer's expectation for basic coffee quality.

Problem is of course, that the paid for option was an even crappier stale Italian supermarket brand that was hideous in our ristretto-deprived state.

Just like I did at the Torquay resort, I studied the Nespresso solution and how consumers interacted.

They setup 2 of those large commercial Nespresso stations - each of them having dual extraction features and a single milk dispenser. These use the bigger, flying saucer shaped commercial capsules that contain more grams of coffee per capsule compared to the consumer "classic" capsule. You know the units they use at car dealerships these days in the sales area when they try to make you sign a new car contract, not the instant available in the service department waiting for your car to be finished.

First up, users are presented with a symbolic clock-style circle with about a dozen options in capsule choices. With vague colour association, and a square Japanese-style bento box segmenting the various capsules, it was difficult to select your desired capsule, however, the shades of green and brown looked awfully similar under the subdued lighting and hence I made a few wrong choices at times not wearing my reading glasses.

What amused me the most was the line-up queue behind each machine - the look of desperation on the faces of the customers desiring a decent coffee hit - maybe it was the Xmas tipples the night before that caused grimaces so early in the morning.

Punters would wait patiently for their turn as they moved to the front of  queue only to be confronted with that damn circle of choices - oh dear, pausing to read each option and somehow work out which capsule they wanted by using the nonsensical strength bar indicator..........needless to say, it takes ages (in coffee depravity time)....people tossing up the pros and cons of each capsule before deciding.......then they had to find it in the square box......would be a lot easier if the box was shaped like the symbols in the display instead of playing the game of matching colours with the chart which rarely was successful and staff filling more capsules at rapid speed into any random chamber of the box.

For a seasoned coffee pro like myself, all I cared about was a maximum hit, e.g. gimme strength bars off the scale !. Having found these intenso capsules that appeared to be the most virulent, I proceeded to brew cups for myself and darling wife Dianne, careful not to over-extract and introduce bitter taints, or so I thought.

Then it came to milk-time as there is no way I'm downing this baby jet black - my coffee nose is deceptively strong at 50 paces and even these trained nostrils could detect the hint of leather in that cup.

I also don't have the time or personal resolve to weather the wrath of rolling eyes and silent sighs of the people waiting impatiently behind me, so I'm a good boy making sure to get in and out really fast.

The froth was visually impressive but the temperature tepid and disgusting. So, what to do......can't really heat it up, suppose we have to skull these suckers immediately.

The taste of robusta dominated the cup - my fault, I chose the highest strength. Notes of wood, tar, old boot leather and cloves were all I could muster in my hung-over, caffeine-deprived state.

I didn't care so much as long as the headache was averted but Dianne can at times be quite snobbish with coffee and refused to touch her cup after the 1st tentative sip. Despite plenty of encouragement from me, there was no way she was going to cop this Nescrappo experience.

With my extensive knowledge of all things coffee, I soon entered the queue a second time and tried to select another capsule that was less about my garage boots and more about refined, delicate sweetness.

Using the impeccable logic of going down in the strength scale to something less "abrasive" might make the Princess Bride happy again, it was Guatemala as the only capsule Dianne was able to consume - albeit under duress.

The queue at the Nespresso station seemed to be constant - just like the freeways slowing at the on/off ramps, customers became immediately confused with capsule choices, the systems often ran out of milk or had lights flashing which I could not decipher from a distance, but it was clearly evident staff members were tending to these stations like a mother with her 1st born child.

I can drink barely warm coffee but many people simply can't. The Nescrappo system failed to produce anything resembling hot coffee and I got to thinking about how people can accept this on a daily basis - having been around cafes for a long time, in the old days it was often that customers would return to the counter and complain the coffee is not "hot enough" despite a strange odour from over-heated milk - particularly some of the beloved older folks must have their coffee nuclear hot, a hangover from drinking instant straight from a boiling kettle!.

Batch brew coffee technology has come a long way from the days of the old-school percolator and drip systems. A decent coffee will taste incredible in a percolator or filter system - far superior to that milk-based cool slurry from a Nespresso system.

Why hotels think they can get away with the lazy Nespresso system is beyond me - they probably argue it's about labour efficiency and providing customers with choices. It's probably acceptable for some guests but for those that savour the morning coffee ritual it's akin to having your day ruined before it's ven started - yearning to escape the facility like a prisoner to seek freedom in the hands of a professional barista.

The effort put in to keep those Nespresso stations running was relatively similar, if not more, than a decent batch brew solution and let's not think about the huge issue of environmental waste from those crappy capsules. There is no doubt the cost-benefit ratio was not well considered by management or they took the safe option and followed everyone else like sheep.

It's a real shame RACV wasted a prime opportunity to differentiate from the many other expensive restaurants that think they can fool customers by relegating coffee to an afterthought. When so much emphasis is placed upon the ingredients they cook in the restaurant,  limiting food miles, sourcing locally yet they simply drop the ball horrendously on coffee whilst charging ultra premiums for the privilege.

At least decent batch brew coffee is drinkable black, but it seems that 93% of coffee drinkers can't do without their froth and only the Nespresso systems can deliver this tepid frothy solution with a basic economy and speed permitted by the hotel's accountants - it's a sad joke actually, using coffee from the other side of the world whilst simultaneously promoting local produce and claiming to care about the environment in almost every design element of the new resort.

It's all about the illusion of premium and never about the stark realities of real quality.