We are roasting and shipping during Victorian Stage 4 restrictions. Freight still moving around the country. Please continue to place orders and we will process them fast. 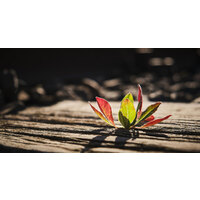 October 2020 - Secret Label is a cracking cherry cola. Our top picks. Roaster's rant in the middle. 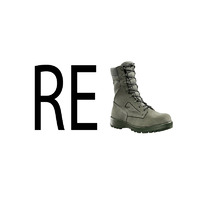 OK, let me confess upfront I am a fan of quality Sumatran coffees.

Sumatrans are an ugly looking green bean, they don't smell particularly nice in green or fresh roasted form and can at times have all sorts of various colours and shapes (screen size).

During a roast, Sumatrans "give off" a lot more chaff than many other bean types and depending upon the desired roast level at lighter shades they can exhibit a motley appearance - just like some of the beans have not been completely roasted. For the inexperienced roaster, this can be somewhat off-putting in attempting to find a desired roast level based on visual cues.

But wait, this is part of the appeal.......something unique and very individual.

Sumatrans offer a funkiness unlike most other origins (closest similar would be a Monsooned Malabar) and when a good Sumatran is roasted well, it can deliver sublime complexity, texture and rich layers in the cup.

On top of that, you get a superb low acid, rich, thick syrupy extraction via espresso with tons of viscous mouthfeel lingering for ages.

Sumatrans are the glue that can hold great espresso blends together.

For up to 9 days from roasting (sometimes longer), they smell musty, spicy and could give the impression of taints.

When a Sumatran is not right, it can end up devastatingly wrong - unpleasantly sour, tart, too earthy and just plain unsatisfying.

A poorly processed Sumatran can destroy a blend very easily and no amount of roasting under/over can save it.

We understand the challenges of the origin - small, dispersed islands with limited infrastructure and unpredictable weather patterns (but is'nt nearly every coffee growing nation subjected to the wild variations around the equator).

The classic Sumatran is processed using the wet-hulled method practised in Indonesian countries.

This procedure is a simple low cost system to setup and operate, perfectly suited to the very small farms and Co-Ops near the tiny islands that grown coffee beans.

Wet-Hulled processing, if it's not performed correctly can result in significant taints introduced into the green bean.

Again, its part of the appeal of Sumatrans - they are different to your African coffees or South and Central Americans.

It can be difficult to detect processing taints in Sumatrans - sometimes there is the slight appearance of rust, mould or other defects where the beans were not dried correctly during the wet-hulled processing, or could have been stored poorly during processing and placement prior to export - moisture control in humid countries is important.

Over the last few years, there have been studies performed at origin to look at improving both quality and consistency of Sumatrans.

This is primarily targeted towards educating the farmer, processor and Co-Op on how to deliver a bean that can improve their chances of commanding a higher premium for the crop.

Most of this "project" work in Sumatra ultimately ends up with improved performance in the cup, however, there are certain factors that are starting to shape and influence Sumatran processing in order to prepare beans for certain markets.

Late 2010 we received some high-grade premium Sumatran based on excellent results in previously purchased mid-2010 crops.

This was a Single Estate coffee, Grade 1 Mandheling and preparation was first-rate - very dark green, ultra-consistent screen size, no rust and minimal chipped or broken beans. Visually, this would have to be one of the best green Sumatrans we had seen.

Roasting the bean was a delight as the crop was so fresh it was still literally 7 weeks from harvest - heaps of moisture and don't I love running the roaster flat-out with high heat and airflow - it's like driving the race car down the main straight in top gear !

Excitement for the first 2 weeks from those initial roasts was fever-pitch, however, it was soon replaced by some disappointment at what we were getting in the cup - not what we expected - very high acid, strong flavour without sweetness and nothing from what we believed to be true out of a classic Sumatran. It was almost as if a blind test would fool the best cuppers.

Further investigations revealed the crop had been prepared for the North American market.

Evidently, they demand the coffee is processed to suit their predominantly very dark roasted bulk brewing styles. It just did not suit Australia espresso.

As project at origin work continues, we will benefit from higher quality in the cup, but I feel we are in for some interesting times as markets larger than Australia impose their demands and influences in smaller producing countries to prepare a bean that suits their own locally brewed beverage.

Yes, the Italians have been doing this for many years in numerous origins, districts, estates and Co-Ops but would'nt it be a total shame if Sumatran coffees started to lose their unique character.

We have a great selection of Sumatran coffee beans for sale online at the moment, so if you love them, or are interested to try them, just follow the link and add some to your cart.